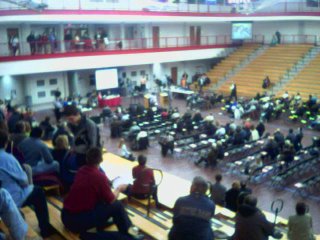 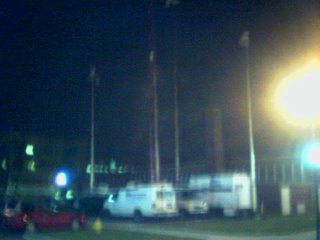 As Many of you know I attend school at IUSB. Well last Monday I had class the same time as the great time zone debate. So I decided to take some pictures and then write a post with my views. First let me say that at first I was totally in agreement with switching to eastern time because of the economic impact that it was to give us. That being said I have changed my mind!!! How about we just leave the time alone. If you are a business and your argument is that being on eastern time will help your business, then maybe half the year you should start doing business an hour earlier. Also if your business is so dependent on one hour maybe a revision to your business plan would be a better use of your time. As for this debate and media circus about the time maybe our money and time would be better spent doing something productive such as helping the poor and homeless rather then wasting time arguing about 1 hour!!! Same goes for our politians....Please do something productive!!! We already have the perfect compromise, half of the year we are on eastern and half we are on central. So many times we put road blocks in our way that block us from being productive. So much time has been wasted on this topic. Maybe the highway board that determines the time zones should have said we are not going to waste our time on something that has worked for years, we're going to build better roads instead! Does one hour make that big of difference? I think not! Lets end this useless debate that is dividing us and do something worth while.
Posted by Jeff Kamp at 1:10 PM